The Notion of the “Muslim World”4 min read 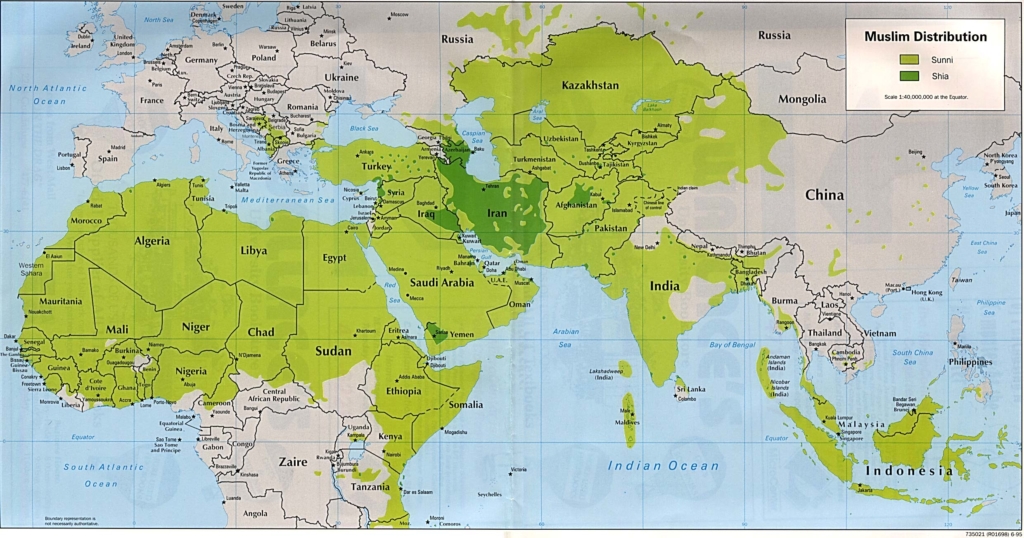 I was born and raised in America. I have been speaking English my entire life and even wrote a dissertation, a book, and numerous scholarly articles in English. One day while I was driving from New Jersey to Georgia I got a flat tire in West Virginia. I called AAA and the gentleman who came to help me fix my flat had such a thick southern accent that I could not understand what he was saying. Was he speaking English or a completely different language? I ultimately managed to understand him and get my tire fixed. What fascinated me was that within only a 4-hour distance, language and culture can change. I am originally from NJ where people seldom smile or say hello, and for the past few years I have been living in the southeast where even strangers are expected to greet each other. Within America, there are different cultures and subcultures, values, and lifestyles. I share these examples to help the reader grasp the problem of speaking of the Muslim world as a monolithic entity.

There are 1.5 billion Muslims on earth. That means that almost 1 of 4 humans on earth is a Muslim. Muslims view themselves as one umma or nation. The Qurʾān describes the believers as brothers, Indeed the believers are brothers (Qurʾān 49:10). What bonds these 1.5 billion people is a belief in one God, the Qurʾān, and a belief in all Prophets and Messengers. No matter where they are they all face Mecca when it is time for prayer. There are certain aspects of Islamic belief and rituals that unite all Muslims. However, this does not mean that all Muslims, or Muslim countries, are the same. When people mention the “Muslim world” they tend to imply that these people constitute a single political and religious entity that is the opposite of the West.

Examples are often given about how the “Muslim world” oppresses women, does not allow freedom of expression, and have one kind of political system that is often anti-democratic. The problem with this is that there is no such thing as a single entity called the Muslim world. There are Muslim majority countries, and each of them has a different history, socio-political systems, religious observation, and educational institutions that make them unique. Thinking of these Muslim countries as one and the same place is a lazy and simplistic way of studying Muslim societies.

Extreme and sensational examples are given from particular countries and then extended to reflect all Muslim majority countries. Most non-Muslims are very aware that Saudi Arabia does not allow women to drive. They are also aware of cases where ISIS beheads people, or of civil wars. However, these are extreme examples that are particular to one region. These examples are often used to prove how backward the “Muslim world” is. However, most people do not know that these examples and do not represent or give a full picture of all Muslim countries.

Most people do not know that there have been 13 Muslim female presidents and prime ministers in countries like Pakistan, Senegal, Turkey, Indonesia, and Singapore. Yet these cases are never given as examples of women not being oppressed. Sure, in Saudi Arabia women cannot drive or have a primary role in politics, but they can in almost every other Muslim majority country. Muslim countries are attacked because of “extremism.” However, with all the talk of politicians about combating extremism, we are close allies with some of the very countries we accuse of denying the rights of women and promoting extreme and intolerant forms of religiosity.

Before you think of the approximately 50 countries in the world that have a majority Muslim population as a monolithic entity, take a step back and look at the diversity and complexity among these countries. There are different cultures, races, ethnicities, histories, languages, political systems, and socio-economic factors that makes each of these countries unique and distinct from the other. Not everyone in America is a horse riding cowboy and not everyone in the Muslim world is a camel riding Bedouin.