The Hypocrisy of Freedom of Speech4 min read 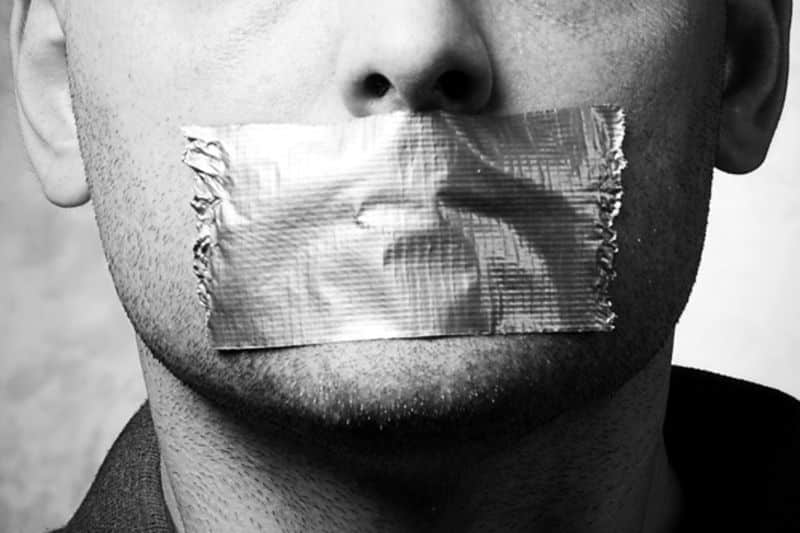 Sharia law is a term that often invokes fear in America. There is a fear that Sharia law is creeping into American government and will eventually overrule the constitution itself. Islam, Sharia, and Muslims are often viewed as the enemies of freedom, particularly free speech. On the other hand, Western countries are understood to be committed to free speech.

Several states have sought to ban Sharia law altogether and some politicians have suggested that Muslims be have suggested that Muslims should be asked about whether they support Sharia law prior to entering the country or participating in government. In 2015, the presidential candidate Ben Carson was asked if the Bible has authority over the constitution. His response was that you must be more specific because some verses in the Bible might overrule certain parts of the constitution.[1]

This statement passed with relatively no attention and Ben Carson faced no backlash for such a statement. Imagine for a minute if a Muslim was asked a similar question. They would not have the luxury to even think about the answer or try to explain their view. The fact that there was no public outrage similar to the fear there is about Sharia law “creeping” into American government is an indication that Muslims do not have the same freedom to express their views as others. If a Christian like Ben Carson says his religion might have priority over the constitution, he gets to be heard without any repercussions and even run for the highest office in the country. If a Muslim were to make a similar statement about the Qurʾān or Sharia, they are considered a security threat, un-American, and commit political suicide.

Simply because some Muslims, Christians, or Jews might consider their religious law greater than the constitution does not really mean much because the law of the land explicitly prohibits that from ever happening. The problem is that if a Muslim makes such a statement they are viewed as a security threat and pressured to not express their views, and hence the hypocrisy of freedom of speech. If a non-Muslim white American teenager has strong reservations about the government they are not considered a threat and it is viewed as a phase they are going through. However, if a young Muslim holds similar views they are viewed as being on the verge of radicalization, considered a security threat, and penalized.

Recently there was the Senate Bill 720 which is the Israel Anti-Boycott Act.[2] This bill makes boycotting Israel a felony punishable by high fines or jail time. This bill has bipartisan support from people with widely different political orientations like Ted Cruz and Chuck Schumer. If a company does not do business with Israel because there is no need to, they face no consequences. It would only be illegal if the lack of business with Israel was politically motivated. In other words, the bill penalizes people for their political beliefs. This not only contradicts freedom of speech and the freedom to boycott, but it is unconstitutional.

In the case of the Danish cartoons of the Prophet Muhammad peace be upon him, they allegedly were done to “defend freedom of speech.” European newspapers that published the cartoons were praising their own courage in defense of freedom of speech. However, the Muslim community is already a weak minority in the Western world. In her work On the Muslim Question, Anne Norton notes that insulting a minority religion is a poor test of both freedom of speech and civil courage. Rather a defiance of the majority opinion would have been more suitable. A more fitting defense of freedom of speech would be if these newspapers defended the right for Muslims to publically call for prayer or wear the hijab without harassment.[3]

Muslims also do not have the right to remain silent. Freedom of speech does not only guarantee that people speak what they want, but also when they want. When a Muslim commits an act of violence, all Muslims are expected to condemn the act. If for whatever reason they do not, then it is implied that they agree with the act. Muslims are obliged to use scripts that others would like to hear. There is a constant demand for Muslims to condemn acts of violence, assimilate, or abandon parts of their religion.

Based on the above examples, the notion that the West is the champion of free speech is highly questionable. Rather, what “freedom of speech” often means is the “freedom to insult” especially if it is what Islam and Muslims revere.