Are Refugees a Threat? Reflections on a Week with Refugees8 min read 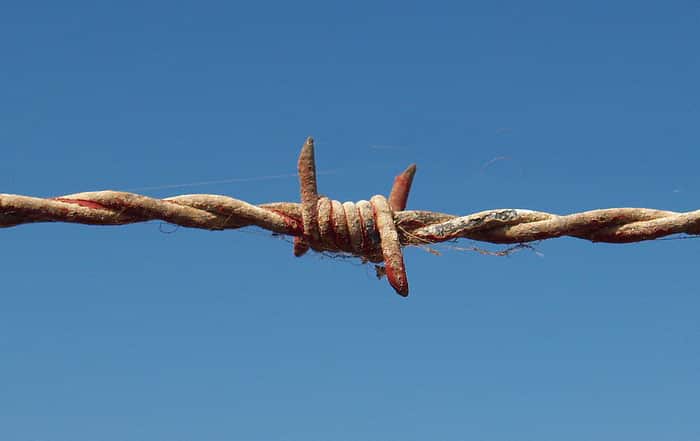 In a time of exaggerated media headlines and fear mongering, many try to make refugees seem like inferior monsters who aim to destroy everything in their paths. Some claim that their only aim is to infiltrate Western society and force their foreign way of life on others. Little do they know of the horrors and calamities that these individuals have endured for several years, most of whom are only seeking a temporary safe haven for themselves and their families until they are, eventually, able to return to their homes in Syria. There are a few things that those who are afraid to grant refugees safety and help in their time of desperate need should remember: refugees are everyday civilians who did not ask for this to happen to them. No one suddenly wakes up in the morning wanting to become a refugee. Nevertheless, in this current situation infant children are becoming orphans, women are becoming widows, students are unable to access education, and no one has a way out. These are people who were once surgeons, engineers, farmers, parents, and innocent youth but have been deprived and had their basic human rights stripped away. Should we then turn away the helpless and persecuted? I will no longer stay silent in a world filled with oppression. My intention is to portray everything that I have seen with my own eyes to you because in hopes that my voice will change something.

This past August, I was one of thirty-one girls who were blessed to experience a life-changing trip to Syrian refugee camps in Jordan. During my trip, every day was an emotional rollercoaster that changed my perspective of life. These events have instilled a new purpose in me. I documented my experience so that I may share a glimpse into the world of refugee life that I was allowed to witness firsthand.

On the first day, my group and I walked into orientation and the Helping Hand for Relief and Development (HHRD) team welcomed us to their main office in Amman, Jordan. We viewed pictures and videos of peers who went in previous years to get an overall sense of the experience and the future activities in which we were going to partake. Afterwards, we observed refugee women sewing, making alterations, and hand making clothes, accessories, and trinkets. The HHRD team stressed that once these women graduated from their program, they would be able to use their skills to provide for themselves and their families. However, they could only work from home since work permits are not issued to refugees – one of the many disadvantages of being a refugee. The sense of empowerment and independence that I felt from these strong women warmed my heart. They wanted to provide what they could for their loved ones, so they bettered themselves to do so. ​Some do not know what these women have had to endure and the unimaginable burdens they have had to shoulder. I noticed the women were mostly a combination of Syrians and Iraqis who fled from their war-ravaged homes. It was obvious that wars have had a negative effect on their way of life, yet they remain optimistic and humble. To support their cause, the girls and I purchased some of their items, including embroidered pillowcases, bracelets, and scarves.

We then went to an indoor amusement park where we were greeted by approximately two-hundred laughing and screaming children, most of whom were orphans under the age of twelve. My peers and I were each assigned two children to accompany on rides and keep occupied. I had two beautiful girls to guide: a seven-year-old named Ayah and an eight-year-old named Yasmeen. Yasmeen smiled the entire time and kept giving me the tightest, warmest hugs. As for Ayah, there was no expression of happiness. Even when posing for a picture, the sorrow and sadness remained on her face. Fortunately, in my case, the mothers of both girls were alive, and I had the honor of meeting them. I believe their mothers have the kindest souls. They continued to thank me for playing with their daughters and helping to get their minds off the sorrow that they have endured from war and life as refugees. I held back my tears as Ayah’s mother told me that her husband stayed in Syria to make sure they were well taken care of in Jordan and then he would follow them shortly after. Unfortunately, it was not meant to be, as a bomb targeted their home and the enitre building collapsed on top of him. Her exact words to me were, “Alhamdulilah, Alhamdulilah. It could have been worse. Alhamdulilah, Allah (Subhana w Taa’ala) knows what’s best. Alhamdulilah”. I remember hugging her tightly and commending her for her strength and resilience. She kissed my cheeks and thanked me for traveling all the way from the U.S. just to be there with them. She encouraged her daughter to take advantage of her time with me, allowing us to play and go on more rides. I remember taking the girls on the rides, and, for a few moments, it was if all their pain diminished and there was no such thing as war or refugees. It was as if there were no bullets, no bombs, no tears — just innocence, the innocence that they’ve been deprived of for years. For such young children, the trauma is severe. Some of the children there even had to pick up body parts of their loved ones. War is merciless by all means.

We then prepared lunch for the children and as they ate their lunch, the HHRD team took us to an empty room in the amusement park where we were seated. There was an eloquent and beautiful 14-year-old girl named Lana who wanted us to hear her story. As tears poured from her eyes and rolled down her face, she described how her father sent her to Jordan to live with his sister for her safety but never made it out of Syria alive. She also told us that her mother passed away nine years ago. The HHRD staff member mentioned how intelligent she was and how she was at the top of her class, with hopes of someday pursuing law school. I observed the love that she and the other children had towards the HHRD team. Some of them had never met their fathers, so they call the HHRD staff members, “Baba,” meaning dad in Arabic. I witnessed how the HHRD team loves these kids as if they were their own. Prophet Muhammad (PBUH) told us to take care of orphans as a trust and responsibility, I can say with all honesty that I have seen this love and bond with my own two eyes.

​The girls and I then went to an orphanage in Amman city that consisted of roughly thirty orphans. We were given baked goods to hand out to the children for lunch and were advised to simply play with them. I remember going one by one asking them for their names and ages as well as making a fool out of myself to get a laugh out of them. I recall telling one of the girls there, named Tasneem, how beautiful her polished nails looked and, without finishing the sentence, she jumped upstairs to get the nail polish to paint me and my peers’ nails. I also reminisce about two eleven-year-old girls who were best friends named Beesan and Besmilla. Their friendship has been ongoing for three years now in the orphanage. We were entertained by the children at the orphanage for some time. Some of the kids even poured water on us with buckets and water guns. I immediately had memories of being with my family and having water fights.  After being splashed by water and playing with them, they all sat across from us as we watched some of the children recite verses from the Holy Qurʾān. Three years ago, some of these children barely knew the alphabet because they have been out of school since the start of the Syrian War in 2011, but now one is a Hafiz (someone who memorized the entire Quran) and others have now memorized portions of the Quran. Their thirst for education and their innocence kept my heart full and my emotions running wild. I can’t forget the light on their faces. They showed us immense love while we were there and sorrow because we had to leave so suddenly. I recall one girl even telling us to visit them again soon. It is those little memories that I reflect on as the days pass. They are the memories that bring me happiness and laughter, while also bringing me sadness. It is those same memories that make me question my privileges in life.

Each night, on our way back to our hotel or even on the bus ride, every single one of us, including mentors, reflected on that particular day: our emotions and everything lingering in our hearts. We just let it all out, and there we shed many tears. After the reflections and washing up to go to sleep for the next day, those same experiences and people appeared in my dreams. Not a day passes that I do not think about them, their stories, and their realities. May Allah ease the burdens of the refugees and grant them the ultimate reward, Paradise.

The next time a headline comes up about refugees, these so-called monsters, you and I should remind ourselves just how numb and anesthetized we have become when seeing such faces full of pain. We need to reflect on how these widows trying to nurture their children, how these fathers are trying to protect their families, and how these children also haves hopes and dreams just like you and me. We forget that they too are humans who have families. Our own privilege is we do not even think that it could just as easily be us. We forget that they also have lives but have been impacted by war and driven out of their homes. These experiences are going to stay with me forever, and I pray that I continue to emphasize these peoples’ realities to the world. We need to reveal the truth to the media, politicians, and everyone we know — refugees are the victims and not the enemies. That’s our duty as human beings because war is unforgiving.