The Future of Islam in America7 min read 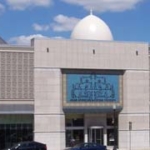 A Perspective on Obama’s Cairo Speech

Much has been said about the importance of President Obama’s historic address in Cairo on June 4, 2009, and most of it has to do with America and the Muslim world. However, we must not forget an important component of his speech, a group of people he referred to over and over again: American Muslims. [Read more about Cairo, Egypt.]

From offering greetings of peace on behalf of Muslim communities in the U.S. to quoting from the Qur’an to recognizing the varied contributions of Muslims in America, Obama made it clear that his gesture toward the Muslim world affirms the significance of Muslims at home.

More importantly, his timely speech not only re-establishes relations between America and Muslims, it also confirms Islam’s vibrant presence in the U.S. Further, his repeated underscoring of harmony and mutuality goes hand-in-hand with Islam’s peaceful and universal message, thereby heralding an even brighter future of Islam in America.

“Islam has always been a part of America’s story,” he stated. “And since our founding, American Muslims have enriched the United States. They have fought in our wars, served in government, stood for civil rights, started businesses, taught at our Universities, excelled in our sports arenas, won Nobel Prizes, built our tallest building, and lit the Olympic Torch.”

He acknowledged that there are nearly seven million American Muslims in the United States with above-average incomes and education. “There is a mosque in every state of our union, and over 1,200 mosques within our borders,” he added. He further defended the right of Muslim women to dress as they please. “The U.S. government has gone to court to protect the right of women and girls to wear the hijab, and to punish those who would deny it.”

Over the years, a lot of people have been telling you, what to think about Muslims? They say you should fear me, hate me, suspect me, but the truth is that I don’t want to impose my faith on you. I don’t want to take over this country, and I don’t support terrorism in any form.

Islam teaches me to respect all people and stand up for justice for all. I am here, and I have been here for generations – wanting the same things you do – the chance to pursue life, liberty and happiness.

Obama also addressed the fear and hostility between America and Muslims and called for “an end of this cycle of suspicion and discord” and emphasized the need to start on a new footing based on “mutual interest and mutual respect.” Moreover, as the President of the United States, he accepted his responsibility to “fight against negative stereotypes of Islam wherever they appear.”

He elaborated that America and Islam need not be exclusive or competitive. “Instead, they overlap, and share common principles – principles of justice and progress; tolerance and the dignity of all human beings… There must be a sustained effort to listen to each other; to learn from each other; to respect one another; and to seek common ground… The interests we share as human beings are far more powerful than the forces that drive us apart.”

In fact, his determination to break free from a tumultuous past and to build a present and future based on the commonalities between us proved to be the hallmark of his speech, aptly termed “A New Beginning” – signaling an exciting era for Muslims and non-Muslims across America.

“Islam is a part of America: let there be no doubt,” Obama declared. “And I believe that America holds within her the truth that regardless of race, religion, or station in life, all of us share common aspirations – to live in peace and security; to get an education and to work with dignity; to love our families, our communities, and our God. These things we share. This is the hope of all humanity.”

He also conceded that words alone are not sufficient to turn this vision into a reality. The needs of the people “will be met only if we act boldly in the years ahead; and if we understand that the challenges we face are shared, and our failure to meet them will hurt us all.”

Indeed, when read carefully, his thoughtful and thought-provoking speech presents the perfect blueprint for a harmonious relationship between people of all races and religions in the United States and beyond.

Obama: a breath of fresh air

Since his campaign for the presidency, Obama has represented a breath of fresh air for Americans. Muslims particularly have been relieved by the end of Bush’s combative language and his polarizing the world into one-dimensional camps of good and bad, according of Imam Khalid Griggs of North Carolina.

“The collective self-esteem of Muslims appears to have risen exponentially after his speech. A President of the U.S. articulately addressed a world audience about Islam and Muslims in terms that embraced the past, present, and future positive contributions of Islam to the world without framing the discussion in a clash of civilizations context,” observed Imam Griggs.

“After eight years of collectively holding our breath, waiting for the next verbal and/or physical assault against Muslims to be waged by government officials, we were finally able to exhale and look at our fellow Americans without fearing that ‘our’ President had set us up, once again, for attack,” he said. At the same time, Imam Griggs stressed that Muslims need to work towards ensuring that Obama’s words are followed by action.

Lastly, he underscored that Muslims must capitalize on the reduced tension between American Muslims and non-Muslims by peacefully spreading the universal message of Islam.

Moreover, American Muslims must rise up to take the lead in implementing the various points as outlined by Obama, from Palestine to women’s rights to economic development. Instead of waiting for the administration to act on its words, American Muslims need to offer its help proactively in order to speed up the necessary changes, both tangible and intangible.

Truly, Obama’s historic address covered a lot of ground and has afforded Muslims living in the United States a wonderful opportunity to meaningfully engage the American population in a constructive dialogue. This, indeed, is the need of the hour and it is indispensable for the prosperous future of Islam in America.

Watch the youtube video
Islam in America
Have you ever wondered whether Islam clashes with American values or whether there are any similarities? Explore this relationship through a multimedia interview with Imam Khalid Griggs.